Sometimes it is circumstances that are behind how a product is invented. Small cinnamon shell-shaped breads were a speciality that were still baked by hand in the 1970s. But when the bakers removed the buns from the conveyor, it sometimes went a little bit wrong. The buns often ended up on their right hand corner, which meant they'd completely failed. But – one of the bakers thought that they actually looked quite nice, and they knew the taste was already great, of course! They also happened to stay fresh longer in this misshapen style. Whoops – and so accidentally the cinnamon Giffel was created – Sweden's most sold snack bread! Think how lucky that unlucky baker actually was!

Gifflar Cinnamon are beautifully baked with a wonderfully delicious filling. Enjoy with a coffee, on a picnic, with your friends or just on your own when you really fancy one! It's so simple. With Pågen Gifflar Cinnamon, you're always in good company. 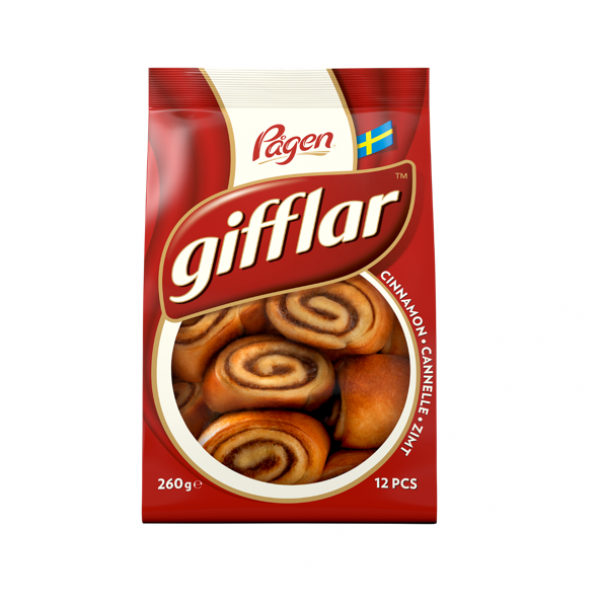